Economic Development in the Canton of Basel-Stadt 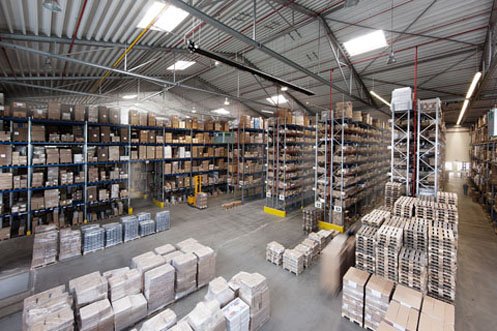 As in other leading international business regions, the economic sectors in the Canton of Basel-Stadt are subject to the influence of megatrends such as globalisation, as well as technological and demographic change. How and to what degree these will modify the Canton’s economic structure is contingent. However, reviewing past changes since the year 2000 may provide us interesting points of reference.

Globalisation, along with technological and demographic change, are among the megatrends that are at the root of profound changes in the future economy and labour market of the Canton of Basel-Stadt. At present time, the attempt to provide a detailed forecast about their actual impact would seem preposterous. But a review of the Canton’s industrial development in past years may yield some valuable points of reference for future developmental scenarios.

Since the year 2000, the number of jobs in the Canton of Basel-Stadt has increased from 167‘000 to 194‘000. In the same period, growth of gross value added (GVA) in the Canton was on average 4% p.a. While many developed economies showed clear signs of a shift in share of employment from the industrial/manufacturing sector to the services sector, such a transformation cannot be documented for the Canton of Basel-Stadt. Their share of total employment has mostly remained constant at 20% (industrial sector) and 80% (services) respectively. The reason for this particularity is the strong presence of the life sciences sector and its above-average productivity. Contrasting industry-specific developments of value creation and employment, allows us to identify the following trends:

Studies suggest a general shift of employment into technology-heavy, skill-intensive sectors following technological change in general. An explanation for this phenomenon is a generally complementary relationship between new technologies and human labour in these sectors. Within less skill-intensive services sectors on the other side, where human labour is rather substituted by technology, we generally assume a decrease in employment.

Figure 2 confirms these conjectures on the basis of current data from the Canton of Basel-Stadt:

Megatrends are interdependent: They can reinforce, but also neutralize each other. Accordingly, this creates a degree of uncertainty about their impact on the economy and labour market.

Through analysis of the industrial developments in the years since 2000, we were able to identify the following indicators for future development trends: Given the impact of technological and demographic change, we anticipate positive rates of employment and value creation growth in the life sciences as well as in skill-intensive services sectors. Simultaneously, we consider a decrease of employment in the less skill-intensive services sector a likelihood.