The positive development of the Swiss economy will continue in the coming months. And a high GDP growth rate of 2.4% is being projected for 2018 (SECO, BAK Economics). The strongest growth factor is and remains to be foreign trade, which will be supported in the coming months by a favourable international economic environment as well as a devalued Swiss franc. Another stimulating force behind this trend is the growing final domestic demand – positive impulses are to be expected from this. However, part of this growth came through royalty payments from sporting events, for example income from the IOC (Olympic winter games in South Korea) or from FIFA (Football World Championships in Russia), which have little to do with the actual economic growth. BAK Economics expects a normalization of the cyclical trend for 2019. In terms of the Eurozone, the economic indicators point to a slight slowdown. However, that is not the case for Switzerland and there is still potential for catch-up demand.

The risk of expanding protectionism in many places remains – with negative consequences for the Swiss economy.

Growth rate on a macro economic level is expected to accelerate for the Canton of Basel-Stadt. GDP growth rate is significantly above the projected Swiss rate. With a forecast of approx. 6% for 2018 (BAK Economics), the life sciences industry is a pivotal part in maintaining such a strong economic performance. This positive trend also reflects on the job market. Employment rate will increase by 1.7% in the Canton of Basel-Stadt in 2018 according to forecasts by BAK Economics.  In addition, this dynamic economic development continues to the tourism sector, looking at the growing numbers of overnight stays in the Canton of Basel-Stadt (2017: 1.3 Mio.; +9% to previous year), as well as the passenger numbers at the EuroAirport Basel-Mülhausen (2017: 7.9 Mio.; +8% to previous year, Source: „Statistisches Amt des Kantons Basel-Stadt“). 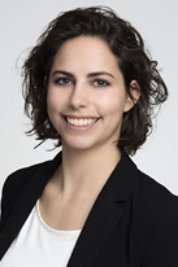