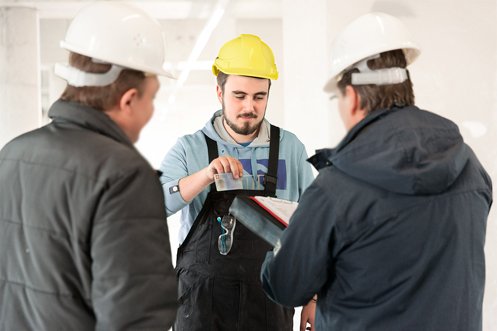 In order to avoid falling foul of undeclared work, you should follow certain rules.

The fight against undeclared work and abuse of the system

No undeclared work. Then everyone wins.

Undeclared work does not just harm the economy, it poses a personal risk, because:

Those who employ people with a small income or in private homes, often shy away from the supposedly complicated "bureaucratic nightmare ". Since the 1st of January 2008, there is a simplified payroll process for just these types of cases that facilitates the procedure for social security contributions and taxes through the AHV compensation fund.

In the Canton of Basel-Stadt, the Arbitration Board in the Office for Economy and Labour is the controlling body for the canton. It is the one-stop-shop for all notifications, information and questions about undeclared work. Secondly, the controlling body also carries out its own checks on undeclared work, either because of evidence from a member of the public or because it has received reports from other authorities. The object of these checks is the compliance with the notification and authorisation obligations according to the law governing social security contributions, foreign nationals and the withholding of tax.

In accordance with the BGSA, the authorities also have the duty to inform foreign nationals about their rights against their employer in the event of expulsion and deportation proceedings.